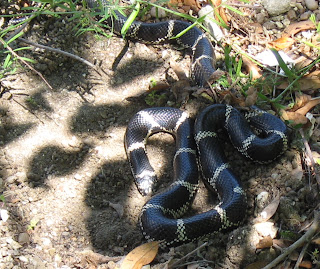 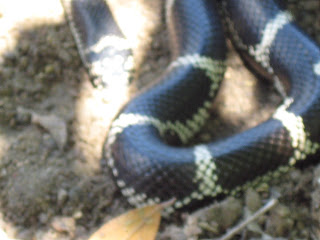 Spent a while observing this small king snake on the property.  It seemed to be digging a hole in the dirt with it's head.  Checked on that spot later and the hole was about 4" deep.  I've always heard that snakes don't dig holes.   Since this happened we have seen the snake again in the same spot, though rain had pretty much filled in it's hole.  We've also seen another much larger king snake, as well as a fat rattle snake, which was on our back steps.
Posted by Midnightcoiler at 10:21 PM 2 comments: 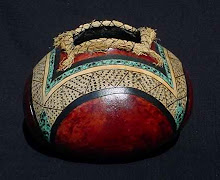 This is a Flickr badge showing items in a set called Midnight Coiler's Work. Make your own badge here.

Kiva- 10% of my Etsy profits are donated through Kiva.